The E&T Innovation Awards Ceremony was held on Thursday 10 November 2022 at the Hilton London Bankside.

Centrally situated on the South Bank, our stunning venue is amongst London landmarks including Shakespeare's Globe, the Millennium Bridge, and the Tate Modern art gallery.

You will be welcomed by a sparkling drinks reception where you will have the chance to visit the Innovation Finalists Showcase where you can meet some of our finalists and see their highly commended work first-hand.

You will enjoy a delicious three-course meal and be right in the heart of the awards excitement as winners are announced across the evening accompanied by a live band. 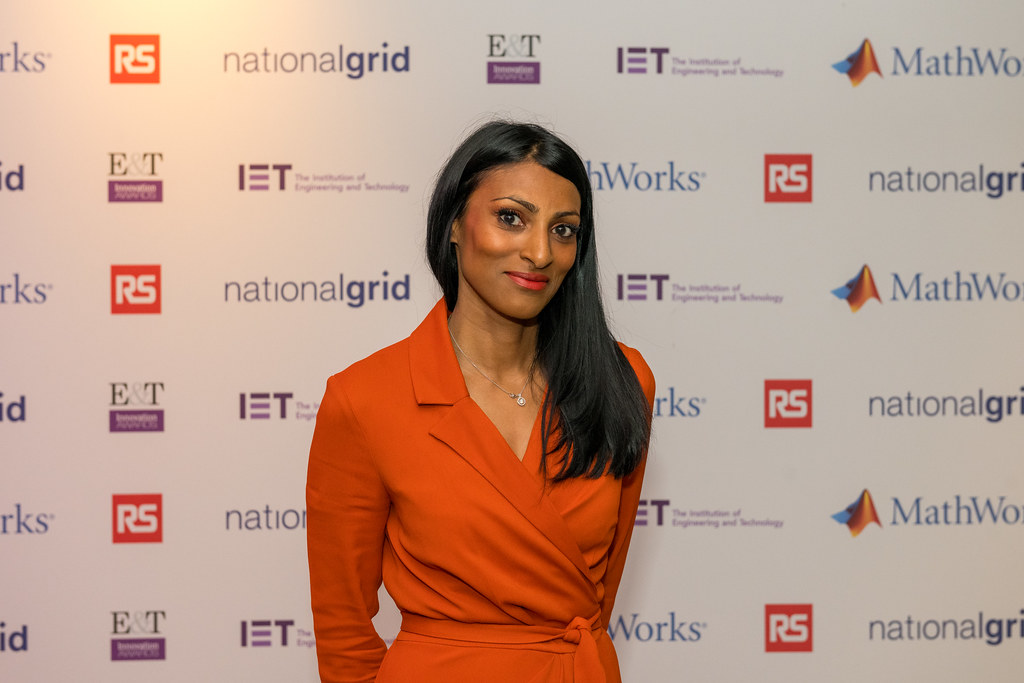 The Awards were hosted by Dr Shini Somara and Dickon Ross.

Shini is an award-winning, mechanical engineer and computational fluid dynamicist, TV producer and broadcaster, children's book author, podcaster, TEDx Speaker and mentor to MEng/PhD/EngD students at Imperial College, London. ​Shini brings complex science, technology & engineering to everyone. As well as co-hosting the Awards this year, Shini is an active member of the E&T Advisory Board.

Dickon is the Editor-in-Chief for Engineering and Technology (E&T) Magazine. He is an experienced journalist and editor of consumer and professional magazines and websites in the STEM area.

E&T Magazine is the flagship magazine of The IET (Institution of Engineering & Technology) and is available in print, online and in-app. He has been a science, engineering and technology journalist for 30 years, working across various magazines including Focus (now BBC Science Focus) and his freelance work has included Esquire, National Geographic, Electronics for Dummies and The Guardian. He has a regular column in InPublishing magazine.

He and his team have won multiple awards for their work on E&T and Flipside, a magazine for young teenagers from the IET. He was the first Chair of the British Society of Magazine Editors to come from a professional or B2B title. Many appearances in the national and international media include BBC News, a Sky documentary series, and BBC Three Counties radio with Timmy Mallett.